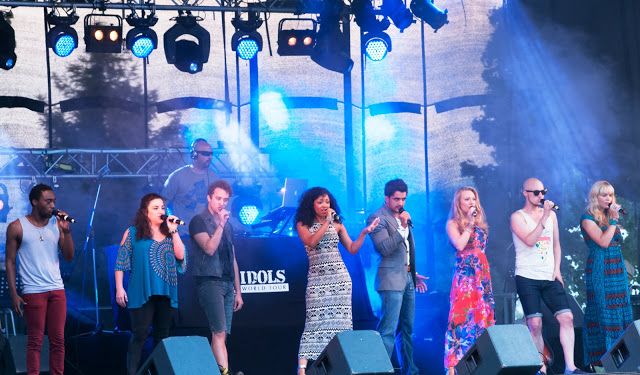 Everybody runs around talking continuously about each season of American Idol as if it is the greatest experience ever in the world. But if you have been watching the show for a while, you are very much aware that there was 6 seasons even before the most recent. This leaves 7 seasons worth of rejected potential Idols wondering around the world trying to make a life for themselves. While some of the previous contestants have gone on to do amazing things with their careers, even more have slipped into the cracks again.

Season one was the start of something huge. Not only was there two hosts, remember Brian Dunkleman? Do not feel bad, most people have no clue who he is or that he was involved. But there was also contestants such as Justin Guarini, Kelly Clarkson, and even Tamyra Gray to mention a few it was an incredible season. The overall excitement was mounting heavily but where have these contestants actually gone? Kelly Clarkson of course emerged as the winner and is still active in the music industry. Justin Guarini has made a few television appearances, and even released a few albums but his commercial success has been significantly limited. Tamyra Gray has found to date the greatest success on television appearing in several different shows. She has also recently found success in the Broadway showing of “Rent.”

Season two started with a bang, and brought with it the former marine Josh Gracin who has gone onto win the hearts of country music lovers, Carmen Rasmusen who also released a country music album and even brought with it Kimberly Locke, Clay Aiken, and the amazing Ruben Studdard. With the talent that emerged from this season it was undeniable that the show was in full swing. Ruben went on to record several albums, while Clay Aiken has found great deals of success with both albums and even on Broadway. Others like Carmen, Josh and Kimberly are not as followed, but have still received attention following their time on the show.

Season three found contestants like Jennifer Hudson, Fantasia Barrino and the notorious William Hung who while not an actual finalist still lives on in the hearts of all true fans for what not to do at an audition. Additional treasures were found in Diana DeGarmo as well. From season three, it was rather obvious that it was a bit harder to find lasting talent. Jennifer Hudson has so far emerged as the most successful contestant of the season, and after being booted in a 7th place finish she has gone onto star in Dreamgirls with Jamie Foxx and Beyonce Knowles and even win an Academy Award for her performance. Fantasia meanwhile has grabbed headlines for her strange antics, failure to appear for performances on Broadway and less than stellar commercial success.

Season four brought out all of the bad boys of rock, with Constantine Maroulis and even Bo Bice. By bringing the two rockers to the stage, it was a shift to a different style of music, and it has been these two contestants credited with inspiring season five contestant Chris Daughtry to try out. Winning the season was Carrie Underwood, who has been an enormous success and to date the most successful American Idol winner yet. The remaining contestants from the year have managed to slip back into the background with only occasional news stories, such as Vonzell Solomon the third place contestant arrested for a handgun at an airport.