Where to get voices overs in Ghana 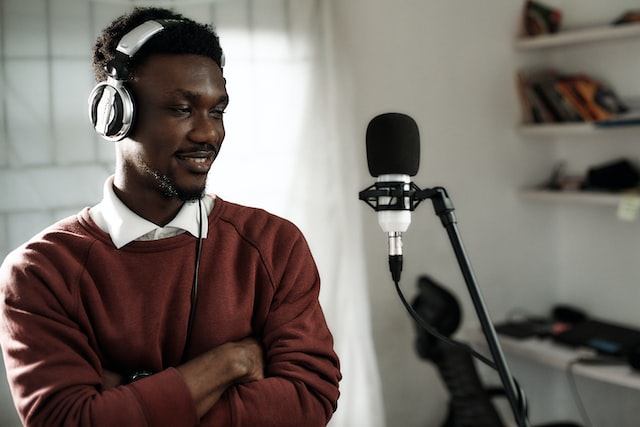 There are a few places to get voice overs in Ghana, depending on what language you need.

For English, you can try contacting some of the many radio stations in Ghana. Many of them have their own studios and may be able to connect you with a voice over artist.

If you need a voice over in a Ghanaian language, there are a few companies that specialize in this. Try contacting Ghana Voice Over or Twi Voices.

What at all are voice overs?

Voice overs are a type of audio recording that is typically used in film, television, and radio productions. The voice over is generally recorded in a studio by the actor or actress who is portraying the character, and is then edited and mixed with the rest of the audio for the production.

Voice overs can be used to provide narration for a production, to deliver dialogue for a character who is not visible on screen, or to provide character voices for an animated production. They can also be used for commercial purposes, such as for product advertising or public service announcements.

There are many different techniques that can be used when recording a voice over. The actor or actress may choose to

Examples of voice over narrations

Voice overs are everywhere these days. You hear them on TV commercials, radio ads, and even in video games. But what exactly is a voice over, and how do you become one?

A voice over is simply someone who speaks over a piece of audio or video. It can be used to provide narration, commentary, or even just to add some atmosphere to a scene. Voice overs are usually recorded separately from the video or audio they will be used on, which gives the voice over artist a lot of freedom to choose how they perform their lines.

Becoming a voice over artist is not as difficult as you might think. There are many ways to get started, and you don’t necessarily need a lot of experience. The most important thing is to have a voice that people will want to listen to. If you have a pleasant, engaging voice, there’s a good chance you can find work as a voice over artist.